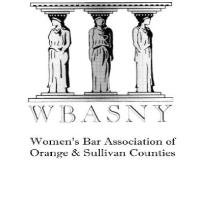 The Women’s Bar Association of Orange and Sullivan Counties (“WBAOSC”) is pleased to announce its ratings of judicial candidates after interviews conducted by the WBAOSC Judicial Screening Committee on October 13, 2020 and October 14, 2020.

The WBAOSC Judicial Screening Committee determines ratings based on judicial temperament, legal experience as both a judge and as a lawyer, knowledge of the law, and sensitivity to women’s issues. The Committee may rate each candidate as: "Approved," "Approved as Highly Qualified," or "Not Approved.” The rating "Approved" is reserved for candidates who have affirmatively demonstrated qualifications which are regarded to be necessary for the performance of the duties of the office for which the candidate is being considered. The rating "Approved as Highly Qualified" is reserved for sitting judges who are seeking election or appointment to a judicial office which they have previously held. In addition, a discretionary “commended” rating is available for any candidate approved or approved as highly qualified who has demonstrated an outstanding sensitivity to issues of gender bias, women, children, and minorities. The “commended” rating is not an endorsement of any candidate and may be given to more than one candidate for a particular office.

At the recommendation of the Judicial Screening Committee, the Women’s Bar Association of Orange and Sullivan Counties has rated the juridical candidates as follows: