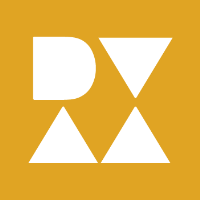 NOTES: Free and open to the public

The Delaware Valley Arts Alliance (DVAA) joyously welcomes the public to two new exhibitions in our galleries, beginning with an opening reception on Friday, September 24 from 6-8 pm. The cultural and psychological language of architecture is deftly mined in both the abstract paintings of Macyn Bolt and in the documentary black-and-white photographs by Thierry Gourjon-Bieltvedt which will be on display through October 31. Both are free and open to the public.


THIERRY GOURJON-BIELTVEDT “CAPTIVITY”
“Captivity” is Gourjon’-Bieltvedt’s modern take on the long-standing tradition of fables. Inspired by the works of the 17th Century French fabulist Jean de La Fontaine and the Greek fabulist Aesop, who filled their imaginary scenes with animals as actors, Thierry photographs zoos, museums and aquariums as a canvas and stage. His photographs document our relationship with a disappearing Nature and serve as social commentary referencing history, art, and modern-day culture. Gourjon-Bieltvedt suggests in referencing the 20th Century jazz musician and writer Boris Vian who wrote “humor is the politeness of despair” that “Captivity” aims to be very polite.

An artist, editorial photographer, photo editor, and professor for the past twenty years, French born photographer Thierry Gourjon-Bieltvedt was fascinated at an early age by the photographic medium and its ability to either document the world or transform it into a new representation. With family ties to Iceland and Norway, he initially first studied medicine for two years, following his French Baccalaureat in Paris. After getting his CAP de Photographie at the Societe Francaise de Photography (Paris), Gourjon-Bieltvedt moved to New York in 1993. There he earned a BFA in Media Arts (1996) and an MFA in Digital Imaging (2014), both from Pratt Institute (Brooklyn). He has taught photography at Pratt Institute and La Guardia CUNY for over fifteen years, before joining La Guardia full time in 2014 where he is currently an associate professor.  Gourjon-Bieltvedt divides his time between Cochecton, NY and NYC.

MACYN BOLT “SLOW DRIFT”
Macyn Bolt is a painter who lives and works in Dingmans Ferry, Pennsylvania. His paintings and works on paper are imbued with qualities of reflection, mirroring and contrasting spatial perspectives that are at the heart of his artistic endeavors. As Bolt notes in his artist statement, “By engaging the dramatic and subtle properties of color, open and closed forms, and interlocking shapes, I attempt give voice to the complex, often contradictory nature of spatial comprehension”. “Each finished work is experienced in the stillness of a moment and gradually reveals a visual riddle that’s never fully solved.” Bolt adds.

Bolt has exhibited his work nationally in solo and group shows, including the 39th Biennial Exhibition of Contemporary Painting, at the Corcoran Gallery of Art in Washington DC in 1985, I-Space in Chicago, Illinois in 2002, and at the Sussex Community College in Newton, New Jersey in 2017-2018. Most recently, his work was included in a group show titled “Pendulum of Time” at Lichtundfire Gallery in NYC. He currently works with the online gallery IdeelArt.com

Macyn’s artwork has been reviewed in the New York Times, Art in America, Arts Magazine, and chronicled in various exhibition catalogues for gallery and museum exhibitions.

The Delaware Valley Arts Alliance is located at 37 Main Street, Narrowsburg, NY. Walk-ins are welcome (no advance registration is required for these shows). Gallery hours are Thursday - Sunday, 11am - 4pm and by appointment.