Orange County District Attorney David M. Hoovler announced that on Friday, June 17, 2022, James Call, age 41, of Monroe, was convicted following a three-day jury trial in the Chester Town Court of all charges against him including two counts of Driving While Intoxicated, Moving from Lane Unsafely and Speeding. The defendant is scheduled to be sentenced on September 13, 2022.

Call was arrested in the early morning hours of November 29, 2020 after members of the New York State Police observed him swerve from his lane of travel and speed while driving on State Route 17 in the Town of Chester. When the Troopers approached the vehicle, they noticed the tell-tale signs of intoxication. The defendant said that he was coming from a home where he had watched a pay-per-view fight and had consumed alcohol earlier. The defendant agreed to take and subsequently failed a series of roadside sobriety tests. When brought back to the New York State Police Barracks, the defendant submitted to a chemical test to determine his blood alcohol content which revealed it was nearly twice the legal limit at 0.14%. At trial, the defendant and several witnesses on his behalf testified and denied that he had consumed alcohol except for much earlier in the day. In rejecting the defendant’s and the defense witnesses’ testimony, the jury returned a unanimous verdict of guilty on all counts that were charged.

District Attorney Hoovler thanked the New York State Police for their investigation and the arrest of the defendant.

“We share our roads as a community and expect and demand that they are free of intoxicated drivers,” said District Attorney David M. Hoovler. “This defendant chose to place his interests before those of society and I am grateful that the jury in this case held him responsible for his actions. I commend the dedicated work of the New York State Police who patrol our streets to make sure that they are safe for us all. My Office will continue to prioritize intoxicated and impaired driving cases.”

A criminal charge is merely an allegation by the police that a defendant has committed a violation of the criminal law, and it is not evidence of guilt. All defendants are presumed innocent and entitled to a fair trial, during which it will be the State of New York’s burden to prove guilt beyond a reasonable doubt. 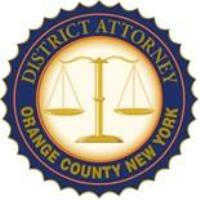