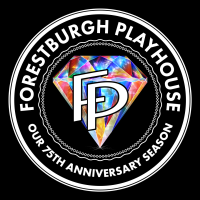 The Forestburgh Playhouse
is proud to announce the 2021 Summer Season!
Our 75th Anniversary Season!

Altar Boyz the Musical
July 13-25
Performed on the Playhouse mainstage.
A foot-stomping, rafter-raising musical comedy about a fictitious Christian boy band on the last night of their national “Raise the Praise” tour.  The Boyz are five all-singing, all-dancing heartthrobs from Ohio: Matthew, Mark, Luke, Juan and Abraham! With their tight harmonies and spectacular choreography, the Altar Boyz delight their audience. Performing a full set, the Boyz question their loyalty to each other and ask whether or not faith is really holding them together. In the end, they deliver a message of unity: “there is no star as bright as its constellation, no harmony in a single voice.”

Beehive the Musical
July 13-25
Performed on the Tavern Stage!
BEEHIVE celebrates the powerful female voices of the 1960’s with such timeless hits as “My Boyfriend’s Back”, “Be My Baby”, Son of  Preacher Man”, “Me and Bobby McGee” and so much more! Told from the perspective of six young women who come of age in this enigmatic decade, BEEHIVE takes us down memory lane--you will be singing along and tapping your toes to this iconic music the entire time!

The World Goes Round
July 27-August 8
Enter the world of distinguished and celebrated writing team, Kander and Ebb. The World Goes 'Round is a stunning revue of the songbook from the multi-Tony award-winning team, with the original production winning three Drama Desk Awards. Filled with humor, romance, drama and nonstop melody, this title is a thrilling celebration of life and the fighting spirit that keeps us all going. With hit songs from Chicago, Cabaret and more, The World Goes Round is a musical theatre treat for all audiences!

Buyer & Cellar
August 17-22
Alex More has a story to tell. A struggling actor in L.A., he takes a job working in the Malibu basement of a beloved megastar (Barbara Streisand!). One day, the Lady Herself comes downstairs to play. It feels like real bonding in the basement, but will their relationship ever make it upstairs? BUYER & CELLAR is an outrageous comedy about the price of fame, the cost of things, and the oddest of odd jobs.

The World Premiere of the Revival of Babes in Arms!
With Book by acclaimed Playwright Douglas Carter Beane
Music and Lyrics by Rodgers and Hart
August 24-September 5
Rodger’s & Hart’s Babes in Arms, with a fresh, witty and relevant script by acclaimed Playwright, Douglas Carter Bean, is the quintessential ‘Hey, kids, let’s put on a show’ musical, boasting one of the greatest scores ever written.  With delightful production, numbers and classic Broadway tunes, Babes in Arms tells the story of a plucky group of young artists that want to produce and perform a musical...in a barn!  What could be better for the Forestburgh Playhouse!  A marvelous way to end our 75th Anniversary Mainstage Season!

All ticket-holders will receive guidelines and protocols prior to arrival and will be seated in comfortable, socially distanced locations. COVID vaccination required.