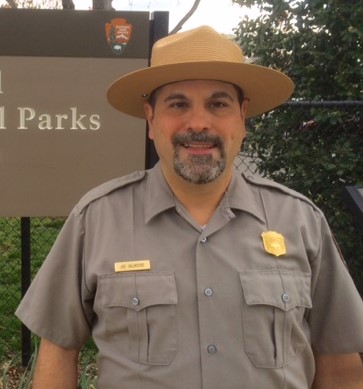 “We are very excited to have Joe Salvatore join us in Interior Region 1,” said Vietzke. “Joe has an exceptional record as a leader, and we believe in his ability to address the deferred maintenance challenges at the site. Recently, he served six months as the acting deputy superintendent at Delaware Water Gap National Recreational Area. Joe will bring great energy, passion and a strong commitment to the mission of the park, partners and community.”

"I am honored to have been selected to serve as the superintendent of Upper Delaware Scenic and Recreational River,” said Salvatore. “I am just as proud to wear the National Park Service uniform as I was to wear the United States Navy uniform. I am excited by the opportunity to work with the staff to solve park issues and will strive to reduce the maintenance backlog. I look forward to serving this park and working with our partners and neighbors in this new role.”

Since 2016, Salvatore has served as the deputy chief for the Park Facility Management Division in the NPS Washington Support Office. In this position, he is responsible for facility management policies, programming, and planning across the service.

Salvatore enlisted in the Navy when he was 18 years old. He spent six years on active duty and made six strategic deterrent patrols out of Holy Loch Scotland on the nuclear submarine, USS George Washington Carver, SSBN 656, Gold Crew, including patrolling during Operation Desert Storm.