During the month of November the Aktion Club of Sullivan County collected non perishable food items from club members, agency reps and Kiwanis Co-Advisors and had fun decorating and filling five baskets that were distributed to families in need in the Liberty, Monticello and Fallsburg School Districts as well as to the Federation for the Homeless and United Way of Sullivan County.

It was a busy evening, but the Aktion Club members enjoyed helping to make Thanksgiving more special and enjoyable for some families in the community.

The club, which is co-sponsored by the Kiwanis Clubs of Monticello and Woodridge, New York, is comprised of individuals affiliated with ARC the Greater Hudson Valley, New Hope Community and Center for Discovery. 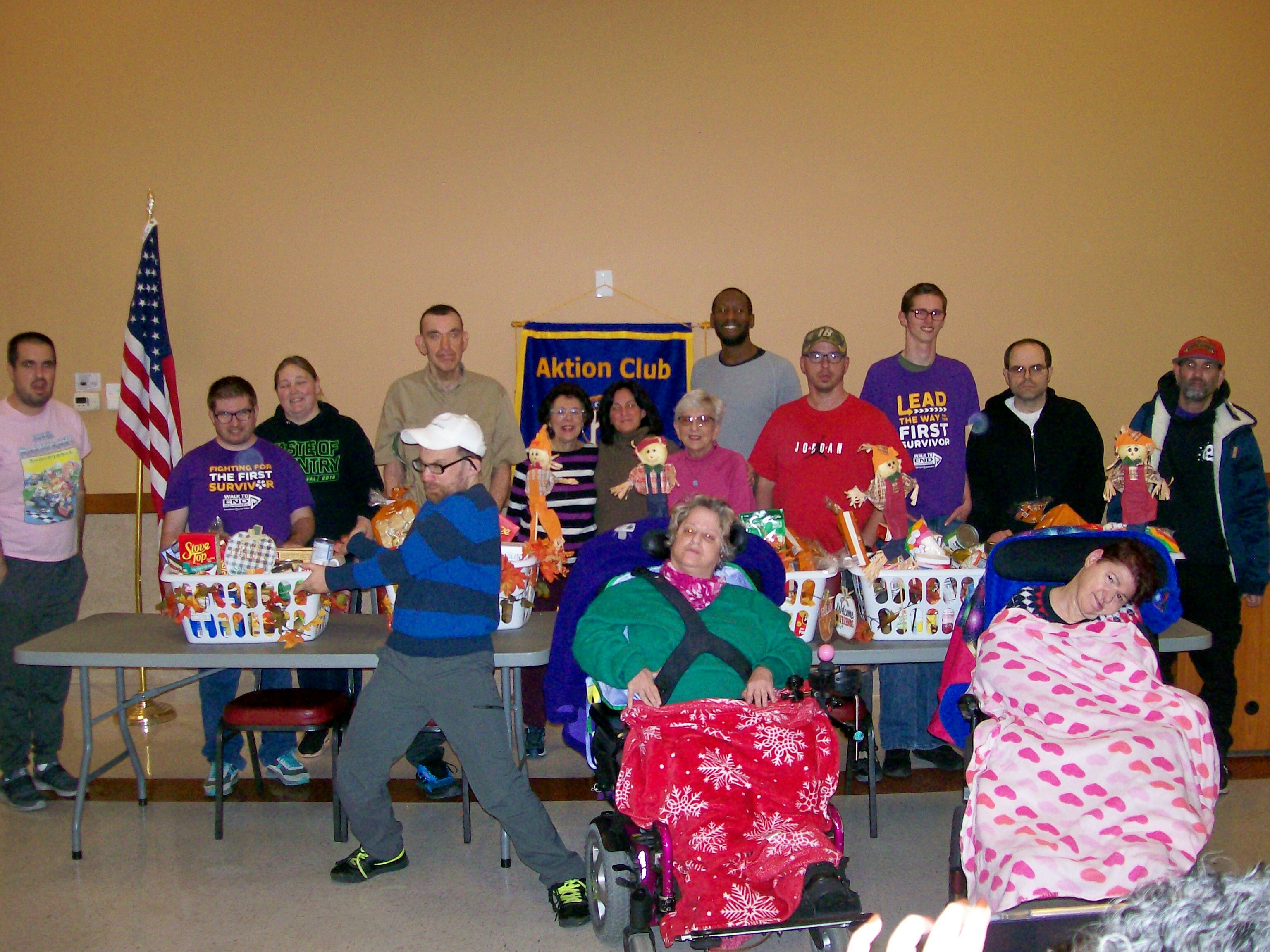 United Way Chief Professional Officer Julian Dawson (to the right of banner) with Aktion Club members and advisors proudly displaying the Thanksgiving Baskets that were donated to several local schools and organizations. 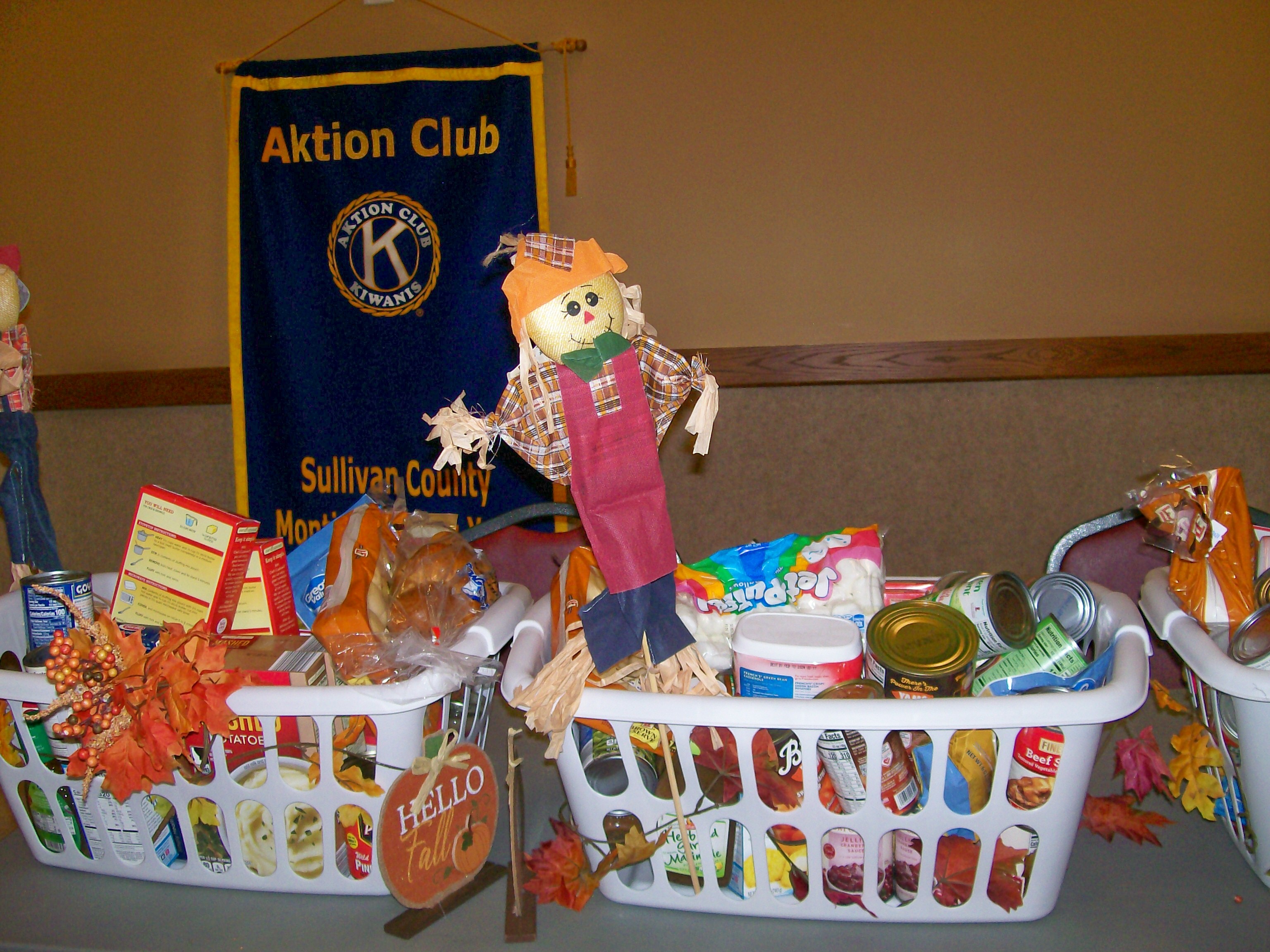